Amid the loud cries of “anti-vaxxers,” more Americans see vaccines as their best shot (literally and figuratively) in thwarting today’s deadly diseases, according to a recent poll. 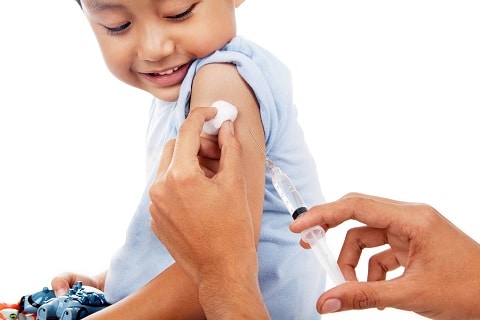 HealthDay, with the help of New York-based market research firm Harris Interactive, surveyed over 2,000 adults, and found that 87 percent said vaccines are very safe. This is 10 percentage points up from 77 percent in July 2014. Political affiliation had little bearing on their answers, as most Republicans, Democrats, and independents responded in similar fashion to the question.

Vaccine skeptics remain but have dropped to 2 percent from 5 percent in July 2014. Similar to the “very safe” group, political affiliation had little bearing on their answers.

It is among the responsibilities of a dedicated Westminster pediatrician to inform patients about the importance of vaccines. The decision to have their children vaccinated is, of course, all up to the parents. As the HealthDay report says, however, a widespread scare, such as the recent measles outbreak, is sometimes needed to highlight the need for immunity shots.

According to the College of Physicians of Philadelphia, the earliest recorded case of measles in the U.S. was in Boston in 1657. John Hull, a merchant, wrote about how measles spread through the town, resulting only in a few deaths that time. Without a cure, however, measles evolved unabated. In fact, uncontrollable communicable diseases, including measles, claimed more lives during the Civil War than actual battles.

In 1963, the Edmonston-Enders measles vaccine was licensed in the country, named after David Edmonston (who provided the blood from where the measles virus strain was taken and developed into a vaccine) and John Enders (lab director of Boston Children’s Hospital who led the development of the vaccine). It’s also called the Moraten strain, an abridged term for More Attenuated Enders.

The vaccines were further improved over the years, pulling the number of cases down, until the CDC declared its elimination in 2000.

Recently, however, new strains have appeared across the U.S., with more than 600 cases of the disease recorded in 2014. As of March 13, 2015, there has only been one recorded case in Colorado, but don’t let your child be among the statistics. Visit Westminster pediatrics facilities like Indian Crest Pediatrics to give your child timely measles, mumps, and rubella (MMR) shots.

This does not mean that protection should only be against MMR. Make sure to have your child vaccinated against other diseases as well, like chickenpox and human papillomavirus (HPV). Your decision can prevent deadly diseases in the olden days from repeating their threat against the American population.