Many kids suffer from behavioral challenges, and it can be difficult for parents to tell the difference between normal childhood behaviors and signs of an actual disorder. So how can parents know if a child’s behavior is due to an official diagnosis? We’ve covered the most common behavioral disorders in kids and their symptoms in this quick guide below. 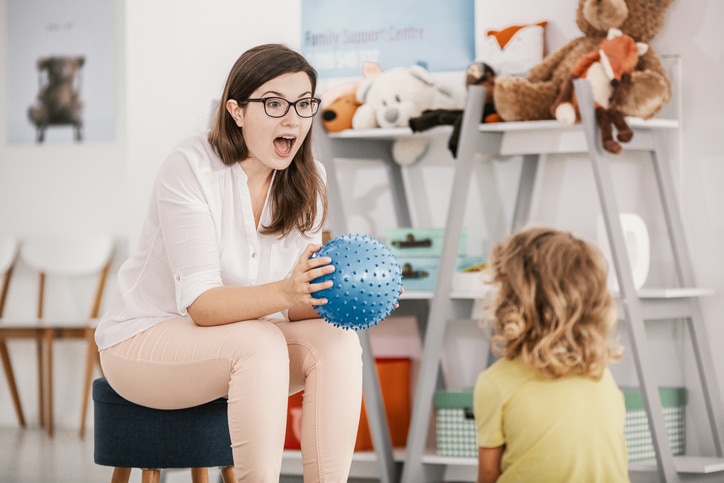 Attention Deficit Hyperactivity Disorder (ADHD) impacts a person’s concentration, impulse control, and hyperactivity. ADHD is more prevalent in boys than in girls, and symptomsT may present differently in each gender. ADHD is speculated to be caused by a combination of genetics and exposure to environmental toxins.

Signs and symptoms of ADHD include:

These symptoms can lead to learning difficulties, reckless behavior, and mental health problems. ADHD symptoms can be managed and can improve through medication, behavioral therapy, and educational support.

Oppositional Defiant Disorder (ODD) is characterized by a “continual pattern” of uncooperative childhood behavior such as tantrums, arguing, and disobedience. It is more common in boys than girls and is usually diagnosed during early childhood. There are two main theories for why it occurs: Developmental Theory (theorizing that the symptoms are caused by developmental delays) and Learning Theory (theorizing that the symptoms are learned behaviors).

Signs and symptoms of ODD include:

Comorbidities include ADHD, anxiety, depression, and bipolar disorder. Consequences of these behaviors can include poor grades, reckless and dangerous choices, and social issues.

OCD is characterized by compulsions or rituals such as obsessive handwashing or touching an object a certain number of times to alleviate fears of potential concern. Kids with OCD may have an unhealthy fear of dying, disease, injuries, germs, and other negative outcomes.

Signs and symptoms of OCD include:

A person with OCD will likely experience a significant impact on their mental health, such as anxiety and depression. OCD has been linked to serotonin deficiency and may be triggered by genetics or a streptococcal infection. A combination of medication and therapy such as CBT can be extremely helpful for alleviating symptoms of this common behavioral disorder.

While there are different kinds of anxiety disorders, Generalized Anxiety Disorder (GAD) causes kids to worry about a variety of things on a daily basis. There are a variety of factors that doctors believe play a role in the development of GAD, including genetics, brain chemistry, life events, and learned behaviors.

Signs and symptoms of GAD include:

The effects of GAD include increased risk of suicide, drug use, self-harm, and other mental health issues such as depression. Like the other disorders listed above, treatment usually consists of a combination of medication and behavioral intervention such as talk therapy.

If you think your child may be exhibiting symptoms of one of the above behavioral disorders, please give one of our friendly board-certified pediatricians in Arvada a call today to discuss a diagnosis.