Our children will do anything to try to get out of a day at school. The most common way of accomplishing this goal is by faking a sickness to get you to feel sorry for them and to let them stay home. This often leads us to look at any signs of illness as an attempt at being a hypochondriac or getting out of going to class.

Whenever our kids are actually sick, we are driven to doubt and end up having an embarrassing drive to school to get them out of the nurse’s office and take them to a doctor for children. How can we really tell if our children are sick? Well, here are a few things that are for sure attributed to being ill.

This is probably the most common way children fake their way out of school. They often clench one or both sides of their stomach, and sometimes they will refuse to eat breakfast. However, when they fake a stomachache, the area they are complaining about will often move around, which you won’t notice unless you are looking for it. 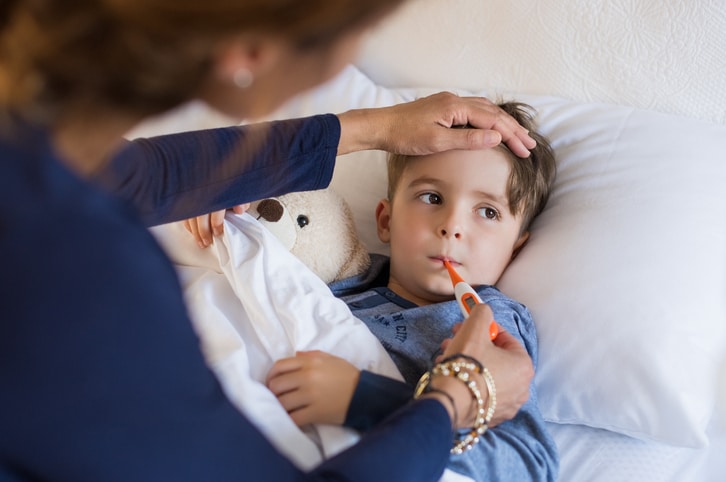 The next time they complain about a stomachache, ask them where it hurts. After that, you should wait a little while and ask them again. If they end up pointing out a different area of the stomach than the first time, it is more than likely that your child is faking a stomachache.

These are a bit harder to figure out just by asking about the symptoms because headaches have a wide variety of causes. The most common way that kids fake a headache is by mimicking the same things you do when you have a headache. There is a big distinction between an adult headache and a child’s headache.

While we get more irritable when we have a headache, children get more subdued and quieter when they have headaches. More severe migraines will be accompanied by complaints of blurry vision and the inability to speak correctly. You should look out for these symptoms when asking your child about his or her headache.

This is the last of the most common ways a child will fake sick. A child will often start coughing throughout the day to fake being sick. Eventually, the throat will become irritated and cause real coughs.

The real coughs from the fake illness can irritate the throat enough to the point that an authentic sore throat will develop. An easy way to distinguish between a real cold and a fake cough is by looking at the esophagus. A sore throat will be accompanied by sores or signs of infection whereas a fake cough will simply show irritated red spots.

The above three examples are just three ways that a child will attempt to fake his or her illnesses through the use of common symptoms that will affect us every day. It is our job to distinguish whether or not the sickness is fake so we can find a doctor for children to give the correct treatment.