Temper tantrums and mood swings are typical growing pains in kids. While they may test your patience to the limit, they are usually just signs that your child is struggling to cope with new stimuli or situations—or that they need some nap time! However, when this behavior occurs regularly and becomes disruptive at home or school, it could mean that there is something else at play. 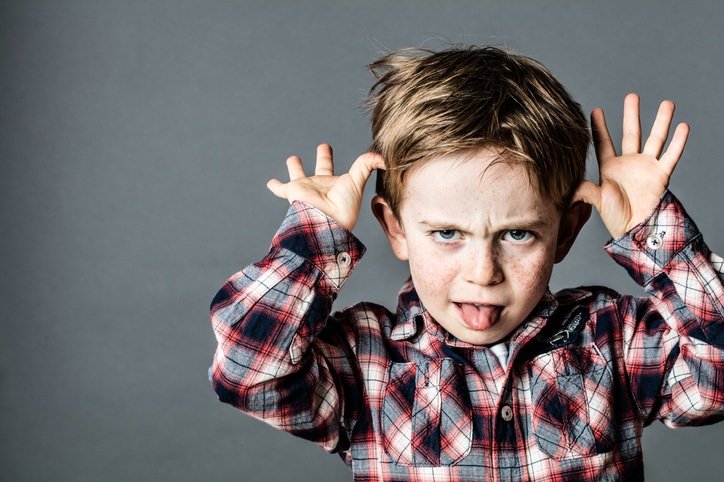 There are many different kinds of disruptive behavior disorders, but by far, the most common is oppositional defiant disorder (ODD) and conduct disorder (CD).

ODD involves kids regularly being negative or hostile toward authority figures. A child will usually be argumentative and defiant toward rules and regulations. While defiance is quite common in children, if you notice that your child does it regularly for over six months, you should seek your doctor’s advice. Children with CD will tend to be much more aggressive and may perform acts of violence and theft.

Signs of a Disruptive Behavior Problem in Kids

As kids grow up, they may go through periods where their behaviors and moods can change quite sharply. This is usually due to changes in their hormones and other growth-related issues. If these mood changes are extreme and include aggressive and anti-social behavior, then they may indicate signs of a behavioral problem.

There are several different kinds of disruptive behavioral problems, and the signs are slightly different for each type. But if your child has one of the conditions, they may exhibit some of the following signs:

In more severe cases, they may also demonstrate the following behaviors:

Disruptive behavior problems can occur due to a variety of different factors. Your kid might have behavioral issues if there is a history of mental health problems in the family, such as ADHD. Kids who have ADHD are at an increased risk of developing behavioral issues.

In some cases, the child might start having issues as a result of a traumatic event such as their parents’ divorce or the loss of a parent. Substance abuse or exposure to unhealthy environments can also increase the chances of problems occurring.

The first thing you should do is speak to your doctor to see if any underlying problems are causing behavioral problems. Sometimes, issues with sensory perception can cause changes in mood and aggressive behavior.

If your child is diagnosed with a Disruptive Behavior Problem, then the treatment will aim to increase the awareness of the cues of the behavioral problem and developing management strategies for both the child and parents. The child’s school may also play an active role in managing the symptoms of the condition. If these interventions don’t work, then it is essential to keep an open dialogue with your doctor and school so that other treatments can be looked at.